Card games were invented so that people could pass the time and have fun while doing so. Horror card games, on the other hand, add a different level of excitement. Some are weird and eerie, while others are downright disturbing. For those who enjoy all things scary, this is a roundup of the best horror card games you can play to make your Halloween Party 2022 spooktacular!

But before diving head-first into creepy lake, let’s learn more about the horror card game genre. 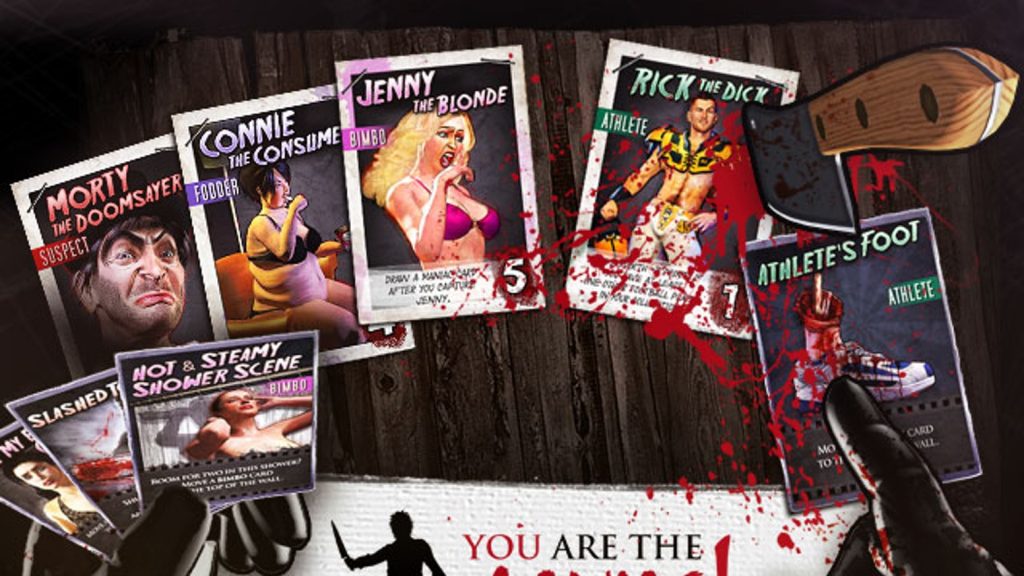 A horror card game is unusual, not just because of its theme, but the designers must be insanely creative to pull this off. They had to find a way to immerse the players into the darkness and keep them there. To achieve this, they spin a horror story based on these game types:

Inscryption is a game from Daniel Mullins Games, the development company behind the cult indie hit Pony Island, that combines several genres into one game. It’s a card game in which players build a deck of woodland creatures, each with their own set of abilities, attack power, and health total.

The core gameplay of Inscryption isn’t difficult to grasp. Players are randomly assigned to a board and given a deck of cards. Their opponent is a mystical figure who behaves like a dungeon master, influencing the entire adventure. The whole game involves building decks, boosting stats, grabbing essential items, and battling the eerie, shadowy figure. The game throws everything at you that you can say it expects you to lose!

Gaming enthusiasts describe Inscryption as a “creepshow” and “all-consuming.” When you start playing, simply block out a chunk of your calendar and bid farewell to all your commitments. Even when you stop playing, it creeps into your mind like a tarantula, thinking of how to build a strong deck.

You’d be hard-pressed to find horror card game lists without Arkham Horror, and for a good reason. Most horror themes, card games, and other horror video games almost always feature Lovecraftian horror, and Arkham horror is no different.

In the game, you and your friends take on the roles of characters in the sleepy New England town of Arkham. You have your strengths, but you also have flaws, and you have to work your way around them. You will encounter haunted houses, a ghoulish cult, and other monsters, and the goal is to work together to solve mysteries and overcome challenges.

In a nutshell, finish the story, and you’ll win the game. You die or go insane, and you lose.