They say one good turn deserves another and these horror games follow their classic silver screen counterparts to become hits.

Humans have always been intrigued by death and the supernatural. That fascination is the primary reason horror movie tickets sell like hotcakes at the box office. In 2017, the genre generated $1.1 billion in revenue in the United States alone. Sure, those numbers are an anomaly, but it’s not uncommon for quality horror movies to rake in nine figures in eight weeks.

In typical entertainment industry progression, several horror films were so memorable that they spawned video games. In fact, there have been “horror-movie-to-game” adaptations since the release of the Atari 2600 in the lat 70s to early 80s! Although the early horror games accomplished little to convert the story and characters from the film to the console, they set the stage for the genuinely fantastic horror movie video games that followed. 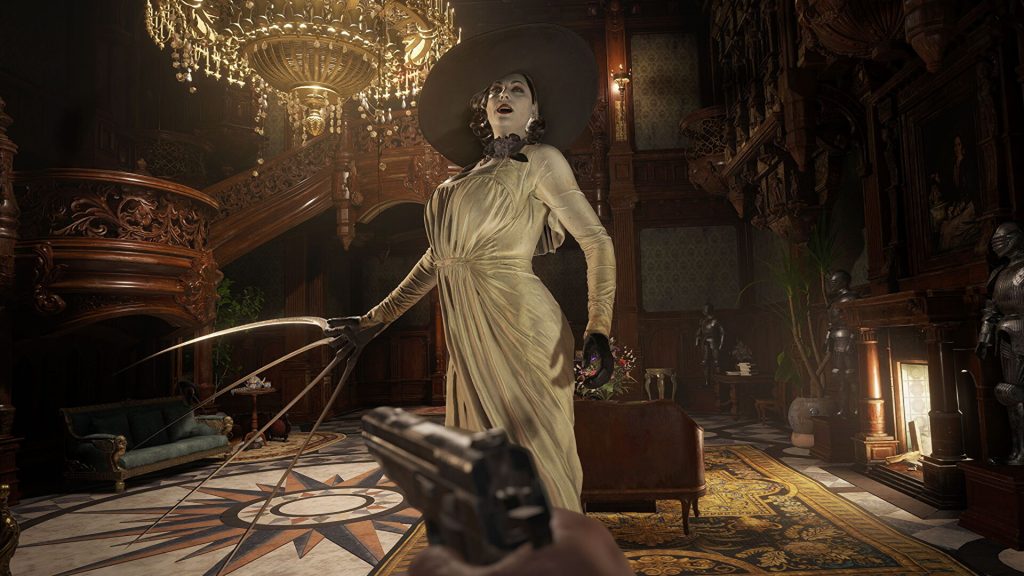 Before we get into the few exceptional horror game adaptations, let’s first look at the horror sub-genres to help you discern between various types of horror games in addition to your own perspective of the horror genre.

Horror game and movie sub-genres are similar and yet so different. For instance, horror movies may explore demonic possession and the paranormal as a huge part of the plot, while horror games generally don’t have those elements. After all, no one has ever developed a horror game with such material because it’s nearly impossible to create gameplay around it. Paranormal stuff is more effective on the silver screen but takes a back seat in video games for this reason.

So, what are the most common horror game sub-genres? Take a look:

Possibly the most common horror game sub-genre, survival horror games are a dime a dozen. Interestingly enough, it lacks a specific definition. Logically speaking, any game with a plot that involves someone trying to kill you is a “survival” game. But that’s not always how individual gamers might define what a survival game is.

What’s an excellent way to categorize survival horror games, then? Perhaps a fair way to judge is how effectively it concentrates on the ‘survival’ aspect of the game.

‘Survival’ may include using limited resources, withstanding extremely dangerous attackers, locations that incentivize exploration, and inventory management. Simply put, the factors you must manage and decisions you must make ensure that you stay alive in the game, not merely because a killer is on the loose.

On top of that, the goal of the perfect survival game is not to genocide your way through levels. It’s about decision-making and weighing your options. Of course, there will be boss fights along the way, but most of your time will be spent exploring and solving puzzles rather than fighting.

Some of the all-time classics in the genre are Silent Hill and Resident Evil, while some of the newer ones that should be on top of every horror gamer’s list are Darkwood, Tormented Souls, and Alan Wake.

Action-horror games are also one of the most popular types of horror games. While this sub-genre may have survival horror components, these games mainly focus on action elements such as fighting, set pieces, and linear stages, emphasizing less on rewarding exploration.

Action-horror games are generally fast-paced, so if you’re the type of gamer that likes puzzles and slow burn, this is not the genre for you.

While action horror games raise your adrenaline level because of the number of combat scenes, your main takeaways in a psychological horror game are the characters, the story, and its effect on your psyche. 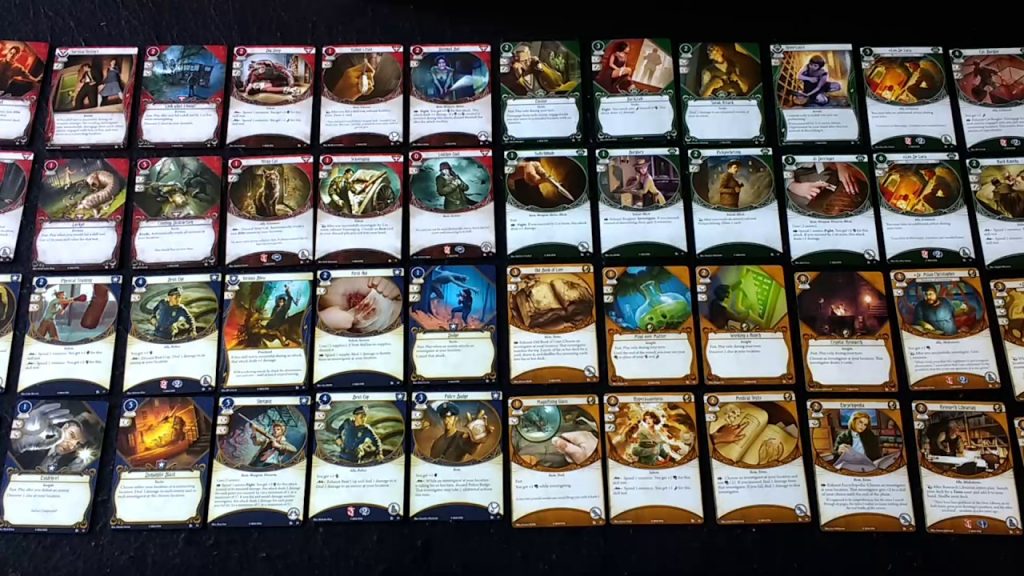 On the other hand, these games have inherent characteristics that may turn off gamers. Their pacing can be painstakingly slow, while their gaming mechanics are limited and janky. They may lack significant in-your-face horrors and less action, with more emphasis on reading, listening, and fitting things together.

The Jump scare horror game sub-genre is the type that gives you the most thrills at first and then fizzles out as you get used to the cheap scare tactics. There isn’t much in terms of characters, horror theme exploration, intricate gameplay mechanics, aesthetics, or the feeling of persistent fear. It’s all about getting the player to react in some way.

This sub-genre can be a fascinating tension and release cycle for some gamers. Scares come quickly and easily, with little effort required from the gamer. However, you’ll probably discover towards the end that it’s more about being startled (like a Jack-in-the-Box that pops right at you) than actual horror. 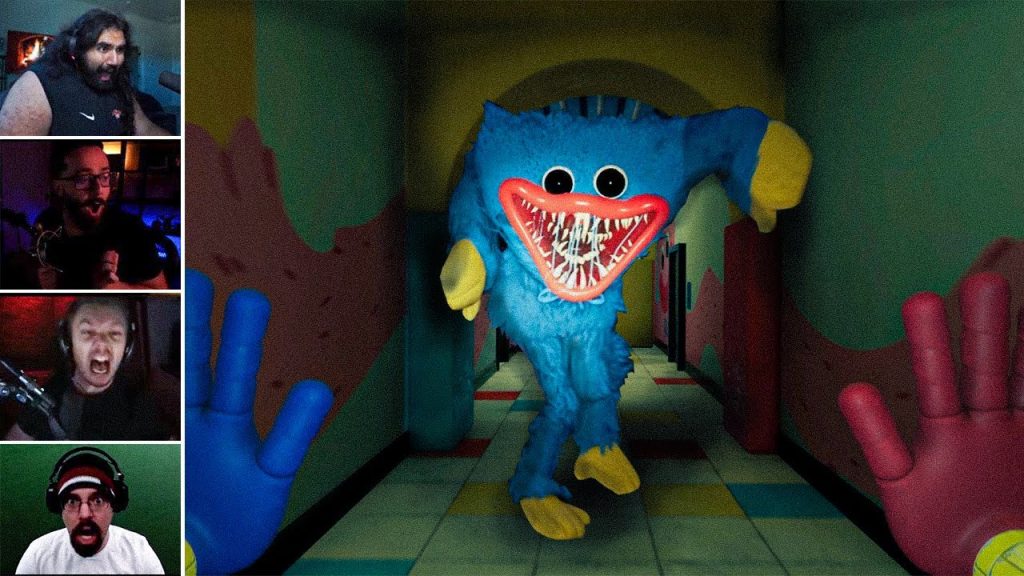 Horror card games frequently include jump scares or psychological horror components to keep the player engaged. Generally, though, this sub-genre is treading on a thin wire. On one hand, gamers may enjoy the frantic hide-and-seek gameplay; but then again, the gameplay can be highly tedious and restricting, which could leave gamers bored instead of terrified.

This survival horror game tries its best to be faithful to the Saw movie franchise. It takes place between the first two Saw films and introduces us to the main protagonist Detective Tapp as he regains consciousness and attempts to free himself from a deadly trap devised by Jigsaw.

The player takes control of Detective Tapp, who must search for Jigsaw through a maze of destruction. To complicate things worse for Detective Tapp, he isn’t the only one involved in Jigsaw’s scheme. The asylum (the game’s main setting) is full of inmates who have been told by Jigsaw that the actual key to their survival resides inside Tapp’s body. The majority of them will try to obtain it through forceful methods.

The best parts of the game are the bountiful puzzles the player must solve and the multiple endings influenced by the player’s choices.

All in all, the immersive story of Saw: The Video Game is largely praised, but the opinions on the game’s puzzles are mixed. However, most critics agree that you probably won’t enjoy the game as much if you’re not a fan of the movie series.

There is no list of horror games that doesn’t include Jason Voorhees. If there is one, you could safely say it’s not legit.

Everyone probably regrets that it was discontinued before realizing its full potential. Because of the current lawsuit against the franchise, it is no longer receiving updates, which is understandably beyond the creators’ control. However, the game remains engaging and a terrific way to relieve stress.

The game offers a single-player mode, but its multiplayer mode is spectacularly entertaining. One player controls Jason (chosen randomly) as he pursues the others as they attempt to flee various movie venues. If they so choose, the other players may collaborate to take him down. The game includes multiple Jasons from his different film appearances, each with unique moves and skill sets.

Friday the 13th: The Game is by no means the most polished video game out there; sometimes, it can be glitchy. But as friends know, a polished game is the last thing you need to have the simple-minded type of fun that this game brings.

At worst, Resident Evil 2 Remake is a visual gaming feat. But the stunning visuals of the game give justice to its overall features and faithfulness to the movie.

You take on the role of either Leon Kennedy or Claire Redfield as you navigate the zombie-infested Raccoon City Police Department and other areas of the larger Raccoon City. There are plenty of riddles, scares, and, of course, zombies, as one would expect from a Resident Evil game. Resident Evil 2 Remake is a horror game tour de force, combining the classic elements of the series with modern graphics and gameplay that will have you sweating on the couch.

Other horror games you may want to check out:

Horror movies and video games are obviously not for the faint of heart. But if you’re up for some terrifying fun, perhaps you could try one of the games mentioned in this list with your friends. Sure, it may give you nightmares for a night or two, but it should be enough to turn a dull afternoon into quite a memorable one.