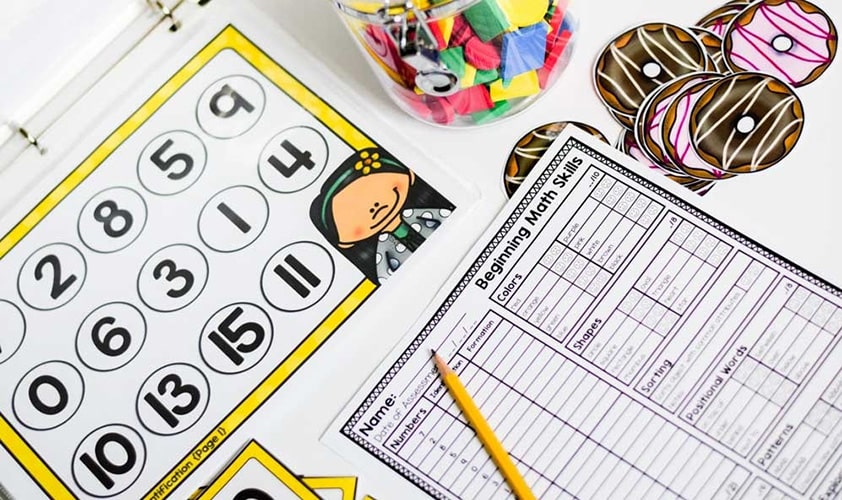 Most video games teach you things like hand-eye coordination, storytelling, and cooperation skills. For board games, the benefits can be more practical. Yahtzee, for example, can be used to teach everyday math skills to kids and adults. Unlike learning in a classroom setting, learning Mathematics through games is a lot of fun, and lessons are often remembered more vividly.

Before getting into the thick of things, let’s learn more about the game and perhaps some interesting facts about Yahtzee.

How to Play Yahtzee 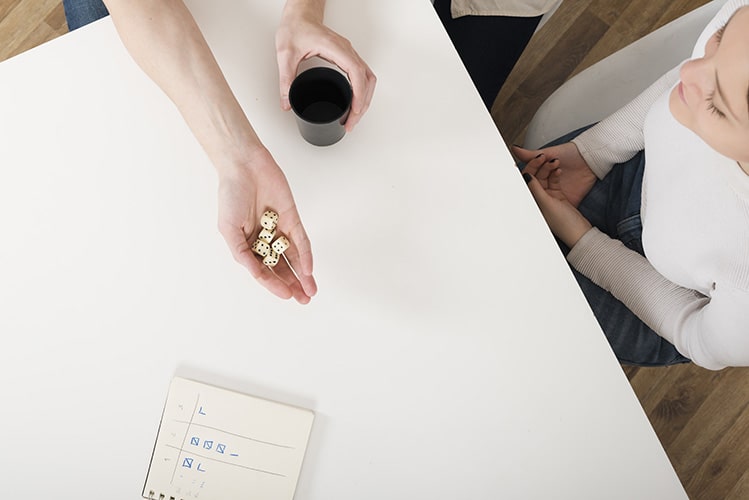 Yahtzee is a dice and board game based on Poker. Since Poker involves card combinations, Yahtzee scoring involves number combinations based on your dice rolls. Everything is relatively simple and straightforward, but don’t expect a three-year-old to come in and make an “impact,” so to speak. Older kids could probably hold their own after more familiarity, but the point is everyone can join in on the fun. Younger toddlers are still encouraged to hang around because they will inevitably learn a skill or two just from watching.

The Yahtzee board game has withstood the test of time for a reason. It doesn’t take much to get started, the rules are easy to understand, and the strategizing and decision-making make it fun. The best thing about this game is it’s easily customizable to make room for the kids. The decision is all up to you.

In its traditional state, here is how to play Yahtzee board game: 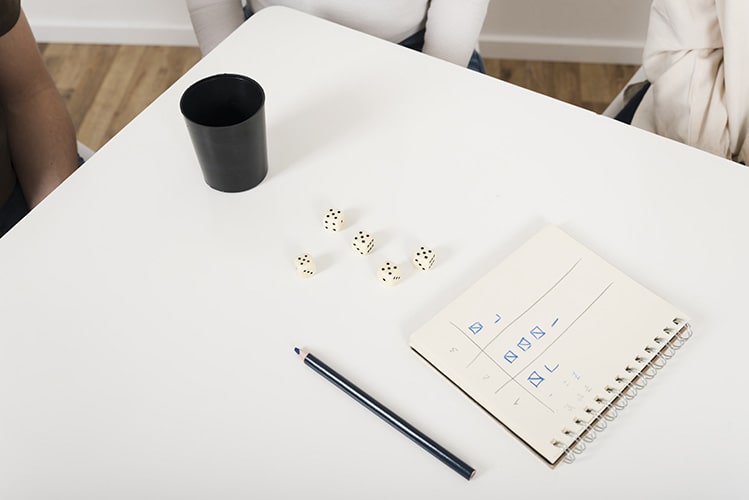 Every time numbers and combinations are involved, you get a chance to brush up on your Math skills. Yahtzee’s number-based gameplay system is the perfect delivery method for teaching math, and it doesn’t stop at simple arithmetic.

If you want something new for your Friday game night, go for it. As previously mentioned, a few bending of the rules to accommodate kids shouldn’t be a crime. Pre-school kids can quickly find out that dice provide an excellent opportunity to work on matching and counting.

Another helpful skill that younger children can acquire by playing Yahtzee is subitizing. In math, subitizing is the ability to recognize a group of small objects without the need to count. Kids will get familiar with how the dots on the fours, fives, and sixes are arranged. Upon seeing two rows of three dots, they’ll readily know that it’s a six without counting. They can then match the dice to form combinations as they internalize how the dots are arranged.

For older kids, playing Yahtzee helps them recognize patterns, skip counting, speed counting, and other valuable math skills. Middle and high school students also learn statistics and probability. For example, if they draw three numbers, they’d have an idea of the chances of drawing a Yahtzee in the next two rolls. No matter how old you are, playing Yahtzee helps you train your brain for such mathematical computations, often in a flash.

If you have young kids in the pre-school age, you may have to get creative if you want to teach them math skills using Yahtzee. And “creative” does not mean complicated. You may pique your child’s interest just by letting him roll the dice until he gets a Yahtzee. From there, you can ask the right questions, such as, “How many dots are in this die?” to start the math “lesson.”

For older elementary school kids, playing the traditional Yahtzee and keeping track of the score is the best way. However, just like youth sports, the focus is usually on something other than winning and strategies but on familiarizing the basics. In this case, correctly keeping track of the score by developing skills like skip counting is more important than a victory. Skip counting, for instance, is a solid groundwork for multiplication, which the kids would learn later on.

Simple Yahtzee Strategies Based on Mathematics 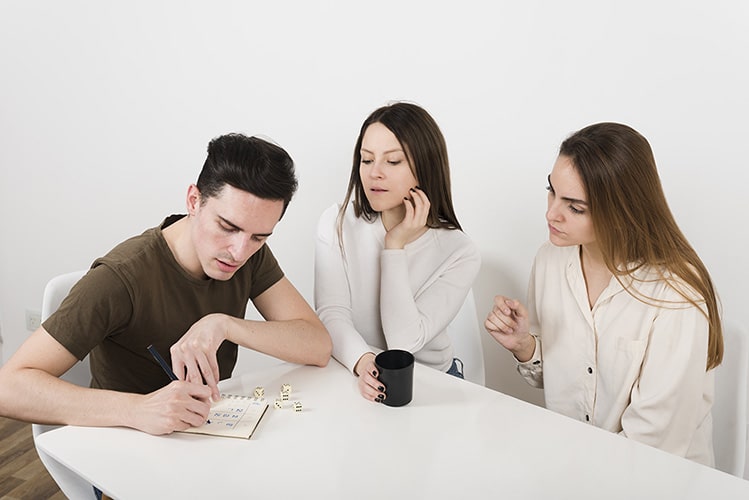 Yahtzee is a game of luck and mathematics, but more on the latter. Kids, adults, and any serious player, regardless of age, could use these simple math-based strategies:

Math has wrongly sat on the “bad guy” table for years. If we had been creative enough to gamify learning mathematics, that reputation would have been different. Children predisposed to disliking math are not doing themselves favors; this may lead to varying hindrances to learning and critical thinking. Even though some people naturally excel at numbers, getting kids to learn math through the Yahtzee board game may even out the playing field a little bit.